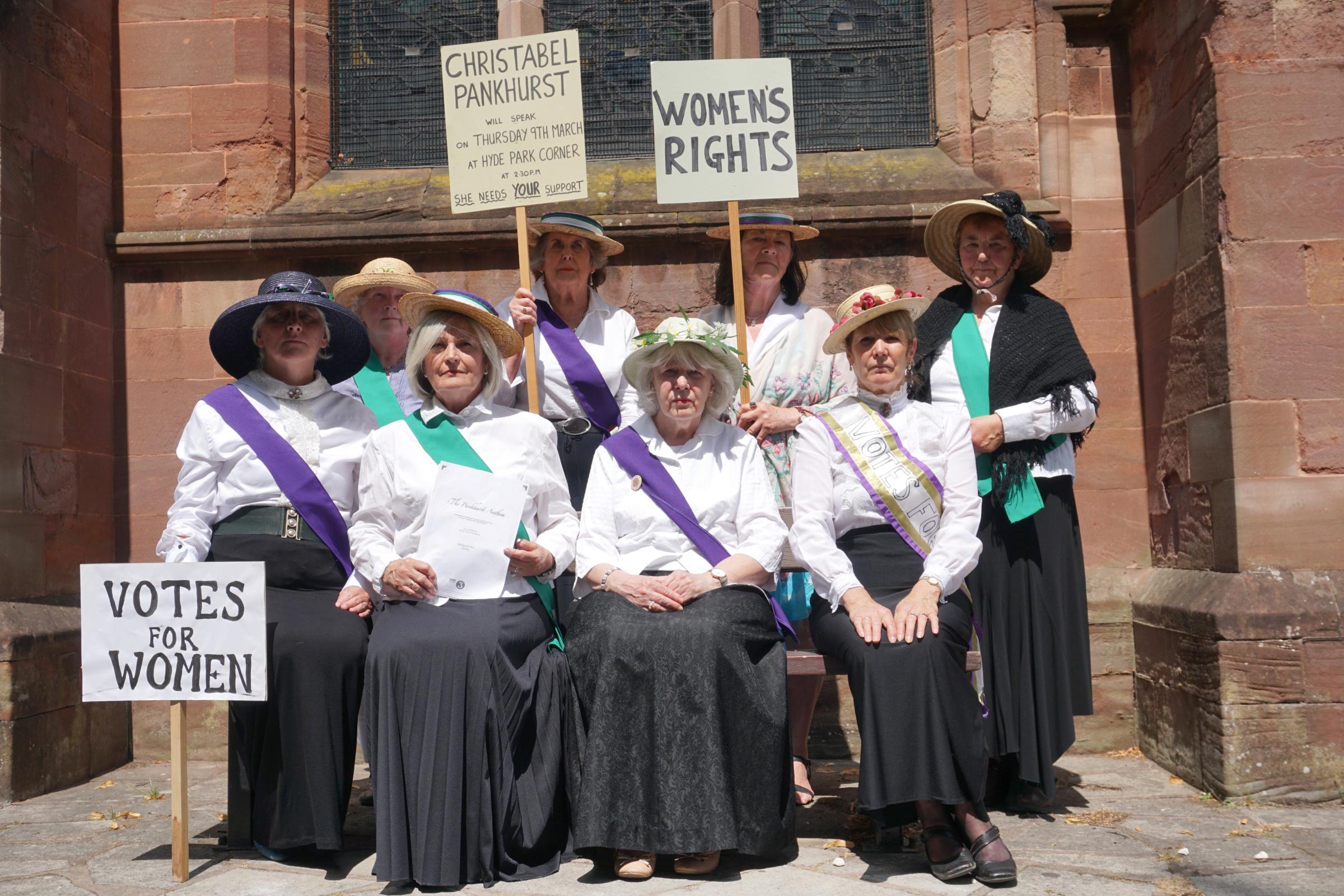 ONE hundred years of women’s suffrage is to be celebrated at a free coffee concert at St John’s Church in Halesowen this weekend.

Members of the church choir will be joined by other local singers to perform BBC Radio 3’s ‘Pankhurst Anthem’ – a new song which has been written by the descendants of Emily Pankhurst to celebrate a century since women were given the opportunity to vote.

The performance – taking place from 10.15am on Saturday (July 21) at the High Street church – will be interweaved with other music relevant to the suffragist movement.

Event organiser Margret Pickford, said: “One of our choir members picked up that Radio 3 had commissioned and was promoting a new anthem.

“They have also been asking choirs across the country to learn the anthem and perform it as a way of celebrating 100 years of women’s suffrage.

“We will weave other music and words relevant to the suffragette and suffragist movement around the anthem.

“A lot of other choirs and singers from Halesowen will also be performing and taking part in the concert, and The Townswomen’s Guild have also been invited to attend.”

Fellow organiser Margaret Harding said the choir will be in suffragette costume during the event, adding: “The concert is not just for women, but for everyone.

“We will celebrate those men who supported the suffragettes and got the vote at the same time.”

The concert will run for about one-and-a-half hours, with coffee, tea and cake served after. The event is free, but there will be a retiring collection for St John’s Church funds.