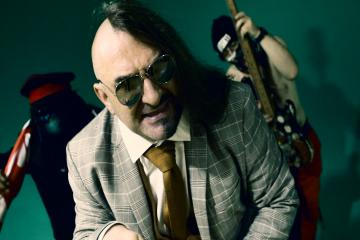 The tune which had its world debut on Black Country Radio includes a friendly salute to Black Country light entertainer Jonny Cole.

The single, released December 13, was recorded in Stourbridge at Base Studios by producer Simon Henley and includes a special guest appearance from Midlands UK rapper Fonzi Neutron who has worked with WEAK13 before.

Fonzi said: “It’s the second time I’ve jammed with these guys; when it comes to music they’re always top of the game.”

The music video can be viewed on the official WEAK13 YouTube channel along with the single which is available from all major music streaming platforms.