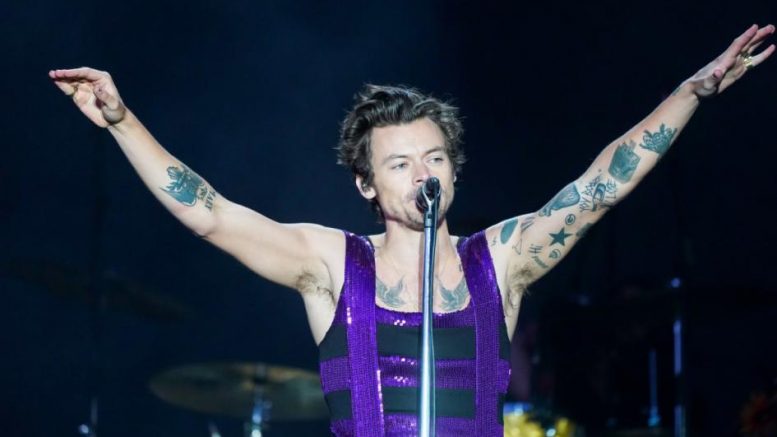 The now solo artist Styles, 28, has been nominated for his third solo studio album Harry’s House.

Which has just earned its sixth week at number one on the UK album charts and now boasts more weeks atop the chart than all of One Direction’s albums combined.

The shortlist of 12 names in the running for the prestigious award recognises the best British album of the year with the winner announced in February at the Brit awards.

Additionally, Little Simz, who won best new artist at the Brit awards, secured the nomination for ‘Sometimes I Might be Introvert’.

Bafta-nominated actress Jessie Buckley, who recently won an Olivier award for best actress following her role as Sally Bowles in Cabaret, also features on the list for her album For All Our Days That Tear The Heart with Bernard Butler.

Isle of Wight band Wet Leg, who performed at Glastonbury this year and are known for hit song ‘Wet Dream’, has also been nominated for their self-titled album.

Rock duo Nova Twins have been nominated for their album Supernova, alongside British musical artist Kojey Radical for Reason To Smile and Welsh musician Gwenno with the album titled Tresor.

This year’s shortlist was unveiled at a launch event hosted by BBC Music’s Huw Stephens on Tuesday.

It was also announced live at 11am by Nemone on BBC Radio 6 Music as part of their Mercury Prize shortlist special.

The awards show will take place on September 8 at the Eventim Apollo, Hammersmith.

It will feature live performances from many of the shortlisted artists culminating in the announcement of the 2022 Mercury Prize winner.

Arlo Parks was named the winner in 2021, having scooped the prestigious prize for her debut album Collapsed In Sunbeams.