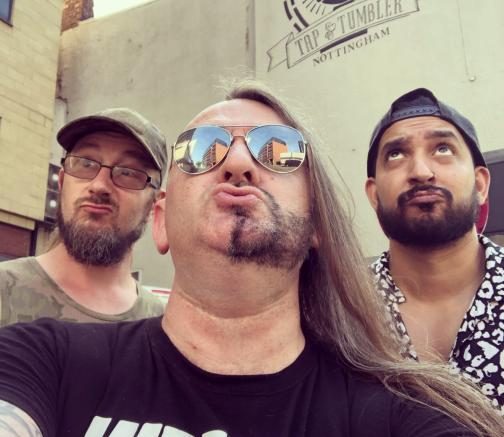 AWARD-WINNING Black Country rock band WEAK13 have hit their first ever half a million views on YouTube with their music video to the single (Sittin’ On) The Dock Of The Bay.

The punked-up version of the classic Otis Redding song has proven popular with fans and the band has also received high praise from a rock superstar for the accompanying sci-fi themed music video.

A voice message praising the music video was sent to WEAK13 from Benji Webbe the singer of renowned reggae metal band Skindred.

The Welsh star spotted the WEAK13 music video on YouTube and got in touch to give his blessing.

The independently produced space themed music video is a parody of science fiction films such as Silent Running and it has gained more than half a million views on YouTube without being championed by any mainstream media outlets.

WEAK13 singer and guitarist Nick J Townsend said: “As an independent artist I used to worry about being under the radar; nowadays we kinda orbit above the satellite and the view’s much better.”

The single is available on all major music streaming platforms and the music video can be seen on the official WEAK13 YouTube channel.